ROMAN HLATKY
I am an Assistant Professor in the Department of Political Science at the University of North Texas.  I received my Ph.D. from the Department of Government at the University of Texas at Austin, where I was also the manager of the Politics of Race and Ethnicity (PRE) Lab. During the 2019-20 academic year, I was a Fulbright Research Fellow at Comenius University. I received my B.A. in political science from Vassar College.

My work is forthcoming or appears in the American Political Science Review, East European Politics, Political Research Quarterly, and Studies in Comparative International Development, amongst other journals, and has been supported by The Association for Slavic, East European, & Eurasian Studies, the Eastern Focus Fellowship, the National Scholarship Programme of the Slovak Republic, and the U.S. Embassy Small Grants Program.
​
roman.hlatky@unt.edu | Google Scholar 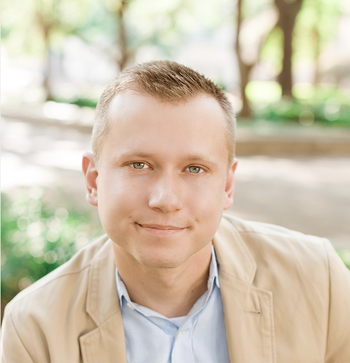